Four Native Women Leaders you should know about

And four great documentaries to help you learn more

Paving the way for the future...

We would not be where we are today without the courageous women who have carved a path for the next generation of women. As we celebrate Women’s History Month, we are not only celebrating the accomplishments of women, but the way they view the world and the impact they leave. Join us in honoring some of the amazing Native women who have made history and cultivated change that will continue to live on forever.

Wilma Pearl Mankiller (Cherokee) was born on November 18, 1945 in Tahlequah, Oklahoma. Wilma made history in numerous ways, including being the first woman elected to serve as Principal Chief of the Cherokee Nation where she served three full terms. On top of her political career, Wilma also worked as a social worker focusing on children’s issues and implementing positive change for five years in the early 1970’s. By the early 1980s, she was directing the newly created Community of Development Department of the Cherokee Nation. She is the author of numerous books including her autobiography: Mankiller: A Chief and Her People, which was published in 1993. After a full life of activism and change – Wilma passed away on April 6, 2010 at the age of 64.

“As the Cherokee Nation’s first female chief, she transformed the nation-to-nation relationship between the Cherokee Nation and the federal government, and served as an inspiration to women in Indian Country and across America, her legacy will continue to encourage and motivate all who carry on her work.” 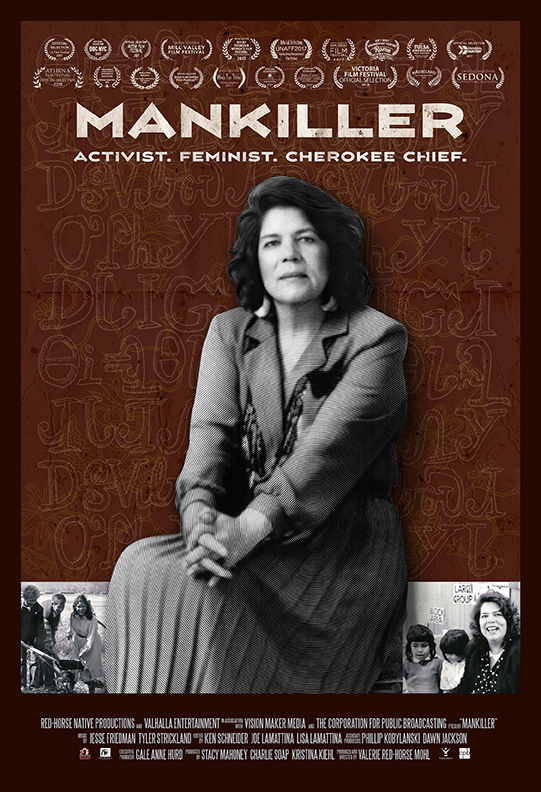 MANKILLER examines the legacy of the formidable Wilma Mankiller, who defied all odds to become one of the most influential leaders in the United States. Mankiller overcame rampant sexism and personal challenges to emerge as the Cherokee Nation’s first woman Principal Chief in 1985. MANKILLER gives us insight into how this remarkable woman successfully navigated through the minefield of bipartisan politics.

During a time where women were no more than stay-at-home housewives, Susan La Flesche Picotte broke through all barriers and became the first Native American woman to become a physician in the United States. Graduating from the Hampton Institute as valedictorian, Susan was determined to pursue her medical degree and was accepted at Woman’s Medical College of Pennsylvania. She wrote an appeal to the Connecticut Indian Association for finances and was the first person to receive financial aid for professional education in America. After receiving her medical degree, Susan accepted a position as a government physician for her reservation at the Omaha Agency Indian School. Throughout the rest of her life, she continued her connection with the Connecticut Indian Association and was an activist and speaker for Native education. 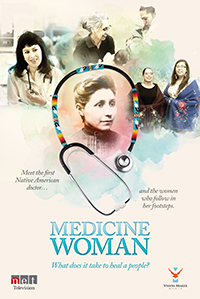 What does it take to heal a people? That’s the question at the heart of Medicine Woman, a one-hour PBS documentary interweaving the lives of Native healers of today with that of the first Native American doctor.

Born on February 26, 1931, and raised near Walters, Oklahoma, La Donna Harris (Comanche) social activist and politician known for her influence on civil rights, women’s rights, environmental protection, and world peace movements. She is the founder and president of Americans for Indian Opportunity whose mission is to “advance, from an Indigenous worldview, the cultural, political and economic rights of Indigenous peoples in the United States and around the world.” In 2018, Harris became one of the first inductees in the National Native American Hall of Fame. She also served on the boards of the Girl Scouts of the USA, Independent Sector, Council on Foundations, National Organization for Women and many others.

“We want to maintain ourselves as we are so we can contribute our differences, our particular understanding, to both the national community and the global society.” 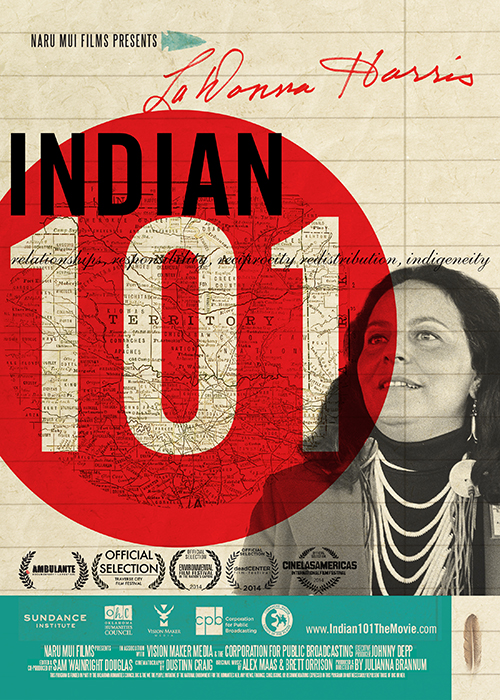 Born July 4, 1911 in Petersburg, Alaska, Elizabeth Peratrovich (Tlingit) was an American Civil Rights Activist and member of the Tlingit nation whose mission was to advocate for the equality of Alaska Natives. She played a vital role by testifying before the Alaska Territorial Senate in 1945 and swayed the floor vote in passing the Alaska Anti-Discrimination Act of 1945, which was the first anti-discrimination law in the United States. Afterwards Peratrovich and her husband became the Presidents of the Alaska Native Brotherhood and the Alaska Native Sisterhood. Her “courageous, unceasing efforts to eliminate discrimination and bring about equal rights in Alaska” is celebrated every February 16 as Elizabeth Peratrovich Day. Elizabeth passed away due to breast cancer on December 1, 1958 at the age of 47.

“My mother was determined to stand her ground, but she would always do it with grace and dignity.” 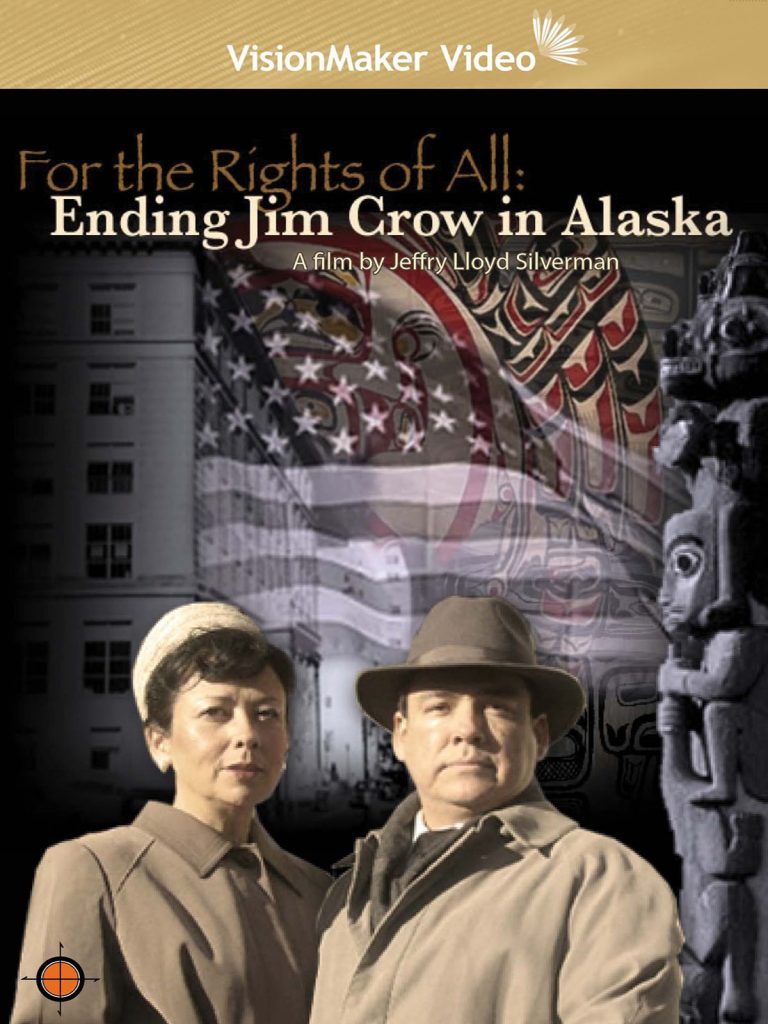 FOR THE RIGHTS OF ALL: ENDING JIM CROW IN ALASKA

The story of an extraordinary Alaskan woman who becomes an unforeseen hero in the fight for civil rights. Elizabeth Peratrovich–a young, unassuming Tlingit Indian mother of three–testified before the Alaska Territorial Senate in 1945 and swayed the floor vote with her compelling testimony in favor of the passage of the Anti-Discrimination Act, the first civil rights bill passed in the United States since the Civil War.